How Is Hyperbaric Oxygen Therapy Used? 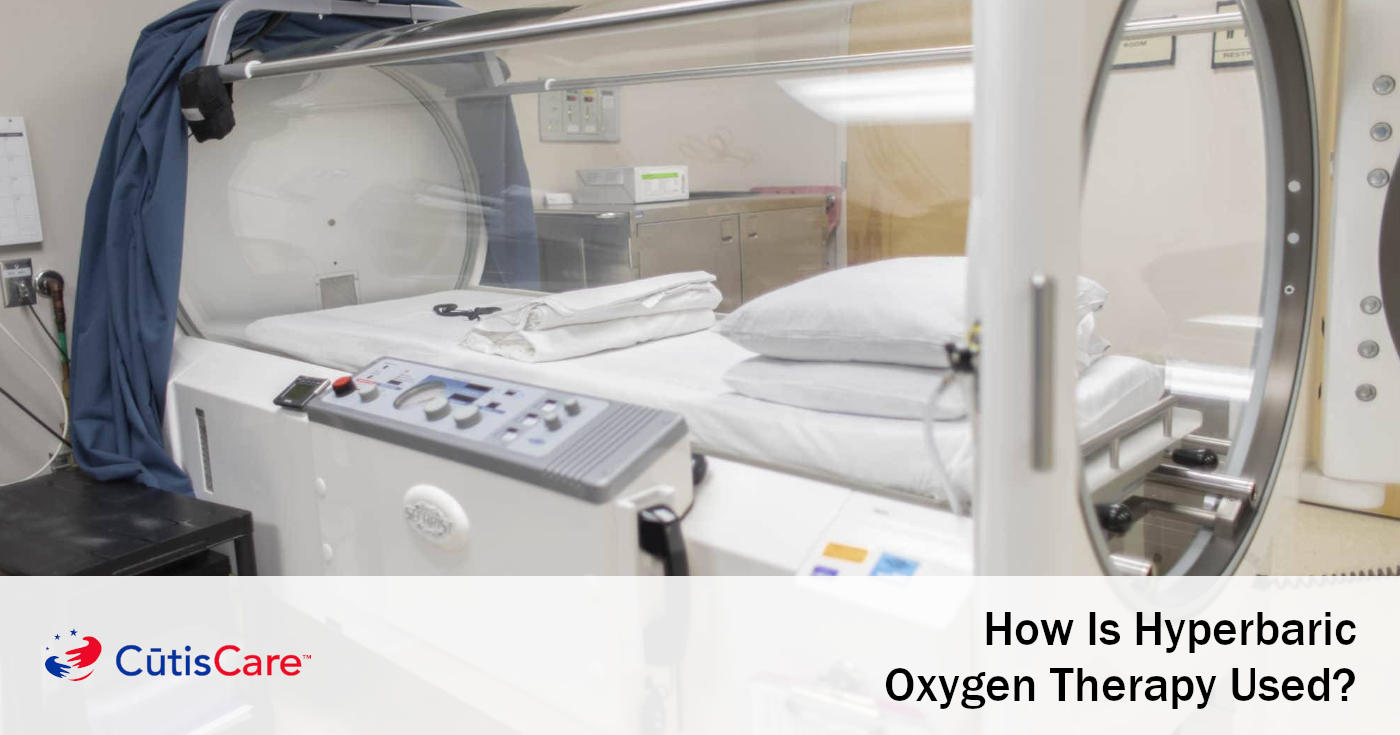 How Is Hyperbaric Oxygen Therapy Used?

When 100% pure oxygen is delivered to a patient in a chamber at a controlled, higher than normal rate of pressure for between 90 minutes and two hours, it’s known as hyperbaric oxygen therapy.

Wounds need oxygen to heal and when blood flow is interrupted due to trauma or disease, cells are starved of oxygen, and wounds cannot heal. Many physicians have successfully used this therapy in patients with failing flap of graft, crush injuries, gangrene, radiation injury, and other chronic non-healing wounds like a diabetic foot ulcer.

Below, we discuss hyperbaric oxygen therapy in a little more detail to give you a better idea of why you should consider adding HBOT to your wound healing therapy programs.

Hyperbaric oxygen therapy is not new to the medical world. The first recorded use of this therapy was in the early twentieth century, but although it has been used at regular intervals since then, it has only really come into its own in the last decade.

What To Expect During Hyperbaric Oxygen Therapy (HBOT)

There are two ways that hyperbaric oxygen therapy can be administered:

Hyperbaric oxygen therapy can only be administered by a prescribed healthcare provider, and they brief the patient fully before commencing any treatment sessions. Some instructions given are:

The Duration Of The Treatment

Treatment is usually performed as an outpatient and can last between 90 minutes to two hours per session. Multiple sessions may be prescribed, typically 10 to 30 treatments based on the patient’s diagnosis.

What To Do Before Treatment Sessions

Patients are given clear instructions by their wound care center provider on what to do before each session.

Patients are usually instructed to:

Why Choose CūtisCare To Start Your Wound Healing Center?

As you can see, we are knowledgeable about hyperbaric oxygen therapy. CūtisCare’s executive management team provides over 60 years of combined healthcare expertise and our Medical Advisory Board consists of physicians with vast experience and knowledge of HBOT technologies and uses. We will align ourselves with your goals and are committed to your wound center’s success.