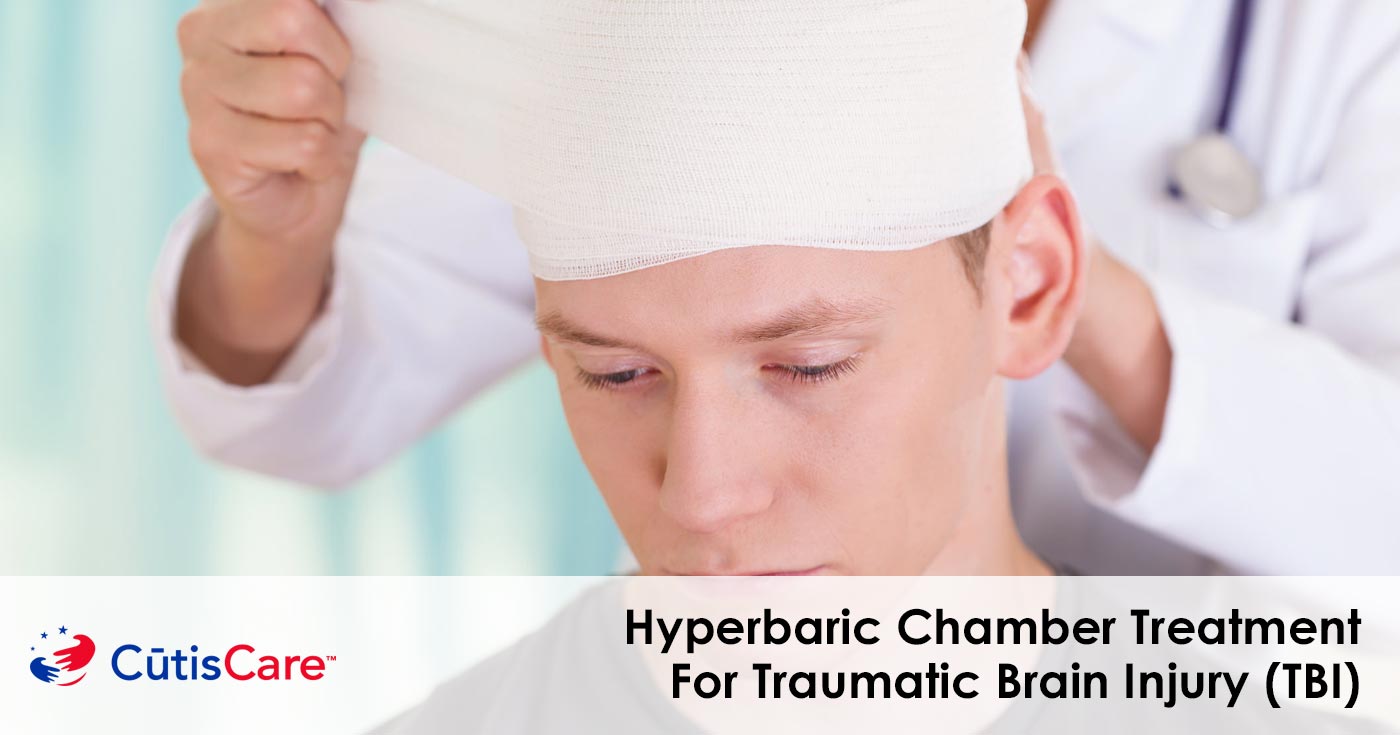 What Is Traumatic Brain Injury?

A traumatic brain injury, commonly known as a TBI, occurs when the brain is mildly or severely injured. The human brain is a complicated and delicate system, with many unknown factors. For this reason, no two traumatic brain injuries present in the same way, and patients with TBI have varied responses to the same treatment.

Causes of TBI vary, but are commonly caused by external or internal forces:

When the brain is injured, it can cause physical or psychological damage. In many instances patients with brain injuries experience physical symptoms such as limited function of arms and legs, abnormal speech or a complete loss of the ability to speak, and even memory problems. Sufferers of TBI can also experience mood swings and differences in personality.

HBOT And The Hypoxic Brain

Hyperbaric oxygen therapy is a treatment where patients are administered 100% oxygen at atmospheric pressures above sea level. This increases the blood’s oxygen-carrying capacity by increasing dissolution of oxygen in the blood which increases the amount of oxygen diffusion to tissue, in particular to damaged tissue. By saturating damaged tissue with oxygen, HBOT encourages wounds to heal faster.

Increased oxygen in the body promotes tissue regeneration and increases the rate of tissue repair. Oxygen also encourages angiogenesis, or the formation of new blood vessels, which in turn allows more oxygenated blood to reach the wounded area. An increased level of oxygen in the blood has also been known to reduce inflammation, a common occurrence in traumatic brain injuries.
When a person’s brain experiences hypoxia, it is starved of oxygen - re-introducing extra oxygen to the oxygen-deficient area allows it to heal at a greater rate.

HBOT and TBI: A Case Study

There are many clinical studies that show evidence of the benefits of HBOT on traumatic brain injuries. The University of Toledo College of Medicine and Life Sciences, Department of Psychiatry highlighted one such example in 2016. Doctors in the department began treating a man, known as Mr. TR, 6 years after he experienced TBI due to a motor vehicle accident. After the accident, the patient reported experiencing seizures, long-term memory issues and significant personality changes, including irritability, suicidal and homicidal ideations, nightmares about hurting other people, headaches and sleep disturbances.

Before arriving at the Department, Mr. TR supposedly began self-medicating to alleviate his mood issues using alcohol. He was also placed on high doses of psychotropic medication, and psychiatrically institutionalized twice. In April 2016, he began HBOT treatment. Mr. TR received 100% oxygen at pressure levels above 1 atmosphere for 3 hours a day, five days a week. After four weeks of treatment, equating to 60 HBOT treatments, Mr. TR reported an improvement in his mood. He was also able to sleep 6-8 hours a night, without experiencing nightmare. During the process, half of his psychotropic medication was either decreased or eliminated. A year later, Mr. TR was free of sleep disturbances and had maintained an elevated mood.

Although Mr. TR’s experience was unique in the sense that every TBI is different, his case indicates that HBOT can be beneficial long after the original brain injury occurs. In reality, results are varied, and what works for one person might not work for another. Outpatient programs assist patients struggling who have experience TBI at any point in their life.