HBOT For Alzheimer’s Disease: Here’s What We Know 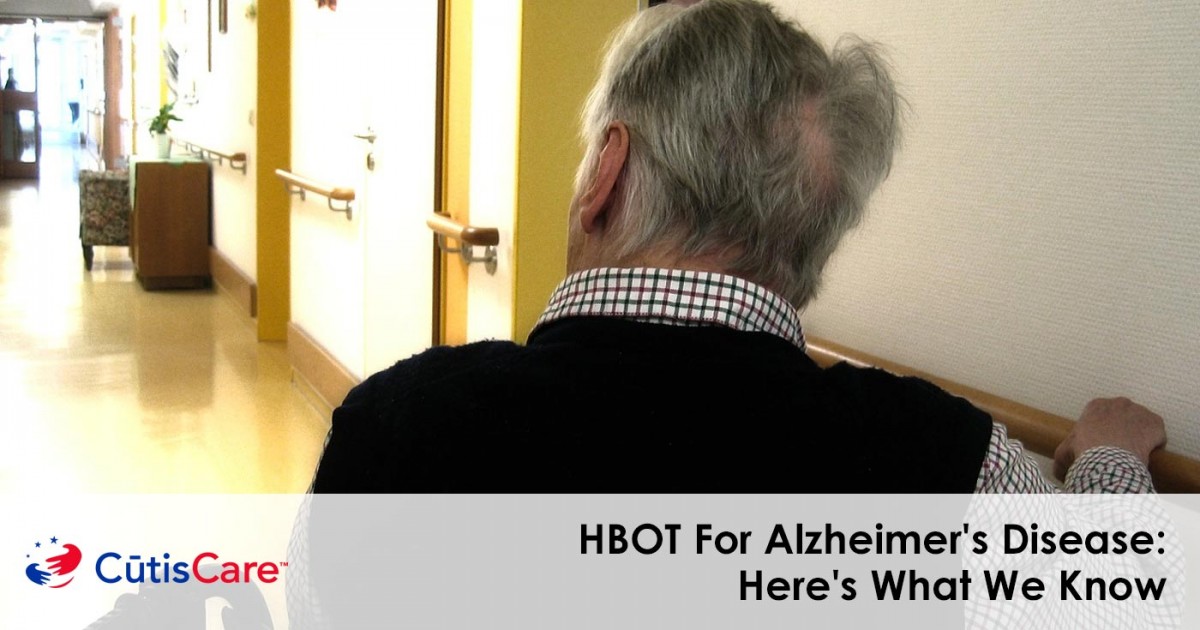 HBOT For Alzheimer’s Disease: Here’s What We Know

HBOT For Alzheimer’s Disease: Here’s What We KnowHyperbaric oxygen therapy (HBOT) can be used to treat a variety of medical conditions. With a study focused on HBOT and its potential benefits when it comes to Alzheimer’s disease, there is a lot of hope as early results are pointing towards increased brain metabolism.

Here’s what we know so far:

It is estimated that approximately six million Americans are living with Alzheimer’s disease. According to the National Institute of Health (NIH), “Alzheimer’s disease is an irreversible, progressive brain disorder that slowly destroys memory and thinking skills and, eventually, the ability to carry out the simplest tasks.” Furthermore, the NIH currently ranks Alzheimer’s disease as the sixth leading cause of death in the US, and a cure is yet to be discovered. So, how does Hyperbaric Oxygen Therapy help?

HBOT introduces pure oxygen into the lungs under pressure. This increased amount of oxygen promotes healing in damaged tissue. HBOT can be used to treat wounds and is particularly effective in reducing inflammation. We know already that HBOT yields positive results in the treatment of traumatic brain injury, but what about Alzheimer’s?

Doctor’s Paul Harch and Edward Fogarty teamed up to report on the first PET scan-documented case of brain metabolism improvement in Alzheimer’s disease in a patient who was treated with HBOT. The study was conducted on a 58-year-old female who had experienced five years of cognitive decline. The decline began to accelerate more rapidly and the diagnosis of Alzheimer’s disease was soon after confirmed.

The patient then underwent a total of 40 HBOT treatments. These took place five days a week over 66 days. Each treatment lasted for 50 minutes and consisted of a 1.15 atmosphere absolute. After 21 treatments, the patient started to report increased energy and activity levels, better mood levels, and the ability to perform daily living activities. After 40 treatments, she continued to report increased memory and concentration, sleep, appetite, and was able to use the computer. She also reported having more good days than bad days, less anxiety, and decreased disorientation. Physical improvements such as tremors, tandem gait, and fine motor processing were also improved.

The results were astonishing and one-month post-HBOT treatment, there was an overall 38% improvement in brain function. Dr. Harch stated that “HBOT in this patient may be the first treatment not only to halt but temporarily reverse disease progression in Alzheimer’s disease.” The report included video imaging PET Scan imaging which allows for one to easily see the improvements in brain function.

Positive Improvements But No Cure Yet

These temporary positive improvements are encouraging. Alzheimer’s disease contains four main pathological processes that have been identified and HBOT targets all of these processes. It does this by affecting microcirculation; mitochondrial dysfunction, and biogenesis. Furthermore, Oxidative stress is controlled and inflammation is reduced.

At this fairly early stage, although HBOT has shown some promising results in the above case study, it is not a cure for Alzheimer’s disease at this stage. Two months post-HBOT treatment, the patient experienced a recurrence of symptoms. She was retreated for the following 20 months with an additional 56 HBOT treatments combined with medications. This ongoing treatment saw her symptoms stabilizing again temporarily.

If more studies happen to find similar outcomes, it will help to prove that patients battling with Alzheimer’s disease can enjoy a certain amount of temporary relief from symptoms. The good news is that these case findings are only the first in a series of 11 HBOT-treated patients with Alzheimer’s disease and so more positive results will hopefully soon follow. Harch concludes: “Our results suggest the possibility of treating Alzheimer’s disease long-term with HBOT and pharmacotherapy.”